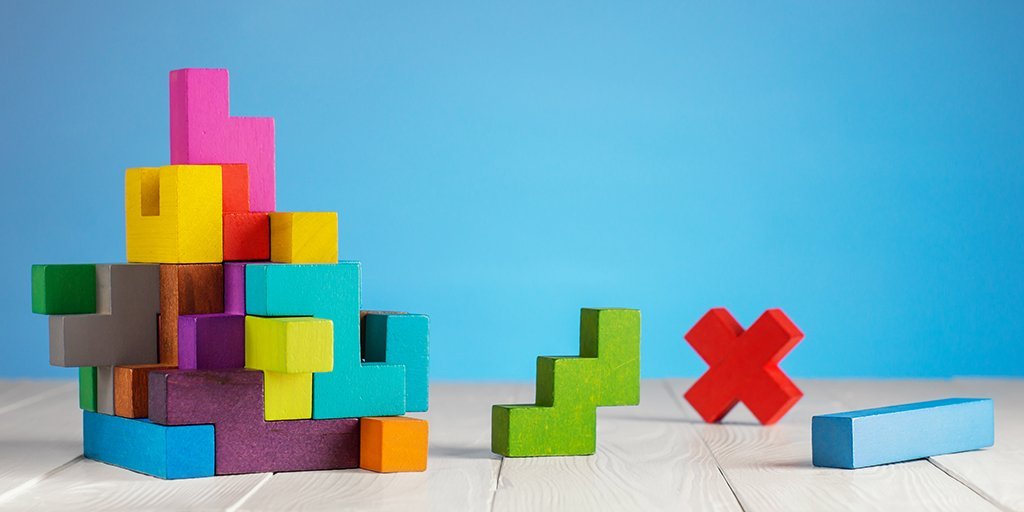 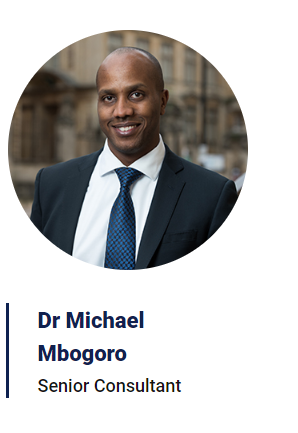 Innovation policy in developed economies has evolved over time, from policies after World War II that focused on the creation of inventions as the route towards national prosperity, to more contemporary mission-oriented policies, that focus on developing practical solutions to specific challenges. However, as lower middle-income countries (LMICs) move to a knowledge economy, they are establishing innovation policies against an ever-changing landscape of evolving innovation ecosystems, developing global challenges, often political upheaval and increasing global fragmentation. Policy makers in LMICs must grapple with ambitious pledges by politicians, in an often-fragmented underdeveloped innovation system with very few resources. How can policymakers in LMICs cultivate a more successful longer-term innovation strategy, while still addressing their most critical needs? 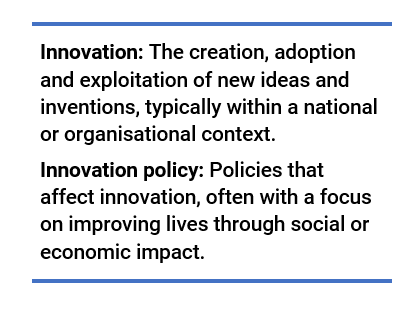 High quality education and research is a key component of successful innovation ecosystems (for further reading, see our article). Quality is often maintained by adherence to international standards and an institution’s ability to attract talented academic staff and students. In Oxentia’s experience of speaking with LMIC policy makers, success of ecosystems can be further complicated due to centralised government control over university operations. Examples include: a) pressure to prioritise a profit-driven model over adherence to quality standards; b) adoption of universal laws that are not appropriate in all contexts (e.g., a law requiring all universities to operate a Technology Transfer Office (TTO) may not be viable if institutions lack the quality and quantity of research, or connections with business); c) a promotion and hiring system that reinforces the status quo. If not managed carefully, the quality and quantity of research suffers and interactions with other actors in the innovation system deteriorates.

The much-admired development of the Singaporean knowledge economy provides an interesting example of a shift from centralised control to a more autonomous university system. Singapore has transformed its higher education system by focusing on funding and governance reforms, and quality assurance. Having reviewed strategies deployed by the best universities in UK, Canada, the US and Hong Kong, Singapore launched several brand-new autonomous universities, which are governed at arm’s length

through government policy. Each new institution focuses on an industrial sector aligned to Singapore’s smart specialisation areas and others. An additional goal is to position Singapore as the premier destination for international students. In this way, the country did not completely undo the old order by forcing existing universities to abide by the new governance regime, but rather, created an environment in which established institutions will have to rethink their practices to attract government funding and the brightest students.

2. ‘We cannot spend money like that with so many poor people in the country’

As the wealth in LMICs grows, they begin investing in modern infrastructure and strengthening their industrial, financial and social institutions, with a significant portion of their population still living in poverty. As a result, justifying investments in the national innovation system (which are likely to generate a return in the mid-to long-term), whilst there are urgent humanitarian issues to address.

In some countries, the answer has been to take a phased or sector-focused policy approach. Brazil is in the process of introducing the Rota 2030 scheme to promote innovation in the automotive sector. Similarly, India recently launched the National Policy on Electronics to promote commercialisation of R&D outputs in the electronics sector. South Africa has developed into a thriving middle-income economy.

3. ‘We will support it only if it can be shown to work quickly’

Policymakers are interested in how policies translate into wider socio-economic impact as demonstrated by improvements in productivity, creation of new jobs and companies, and increased number of skilled citizens. The hope is that these indicators record the growth of local and national economies. It often takes several years before such socio-economic impact is observed or measured. Sectoral policies can often require significant long-term commitment before national gains are made. This lag time can often traverse political cycles and therefore do not make attractive strategies for any politician interested in a quick return. It is not only politics that operates on short-term cycles. Companies operate under commercial timelines and many in LMICs have little interest in engaging in fundamental research, which often is years away from commercial relevance. As a result, policymakers can struggle to build strong engagement between the private sector and academia.

In some countries, the response has been to create long term and sustainable innovation architecture, at sub-national level. To minimize the politicization of policy implementation, governments have created publicly funded organisations that are politically isolated ( “Arms-length Organisations”). These  organisations maintain normal operations regardless of what  political party holds power in their region. Ruta N, based in Medellin, Colombia was created as a joint venture between the Mayor’s office and two large local enterprises, a telecommunications company and a national utilities conglomerate. Ruta N was developed as a regional development agency through which the city of Medellin could transition to a knowledge economy. Ruta N could also isolate potential investors from political shocks and election cycles while developing a favourable environment to attracted foreign companies to invest in the local economy.

4. ‘It is impossible to work with them’ 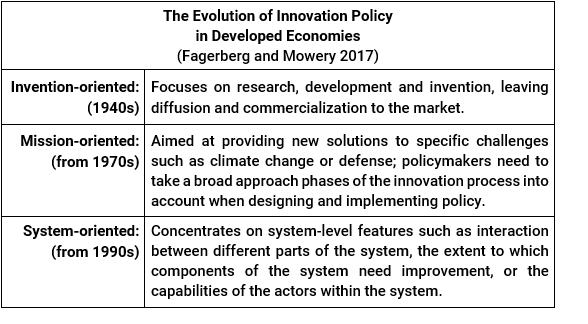 Mission-oriented policies have been shown to work when a wide range of technical disciplines, industrial sectors and stakeholders work together with civic society and government officials. Singapore is an excellent example here. Yet consensus building is  challenging particularly when it requires bringing together individuals with diametrically opposing ideologies and priorities. Policymakers must navigate this treacherous path to design policies that are unlikely to satisfy all stakeholders and eventually, may result in stalemates and/or inaction.

Comprehensive consultation on new policy ideas can breed the perception of legitimacy and encourages acceptance, adoption and eases implementation. An example of a successful mission-oriented policy is the Dutch Delta Plan, which was originally developed after major flooding in 1953. The Delta Plan has required a wide range of actors to come together in a concerted effort to address a national crisis. These actors include: the ministries of Public Works and Infrastructure, several water boards, local municipalities and provincial government and private contractors. As a result, the government has managed to ring fence significant funds towards the ‘Plan’ and also develop experimental spaces to allow innovative solutions (often sourced from private contractors) to be tested and if successful, deployed on a large scale. Looking to the future, global challenges such as climate change will require such collaborative approaches, and in fact, the Delta Plan has also had to be revisited in response to rising sea levels.

Governments  take a leadership position on policy design and implementation. However, many initiatives can be disconnected from the common citizen’s views and concerns. Some cultures have an entrenched hierarchical structure in which the leaders are expected and entrusted to make such decisions. This top-down approach has often led to mixed results. When policies are developed using such an opaque approach, there’s often resistance from the citizenry and/or regional governments. Many regional and local governments have changed their approach and are instituting demand-led policy-making techniques. They do this by creating platforms on which solutions are crowd-sourced from local residents. Often when successful, national government starts to take notice and consider how they may translate successful case studies from the local/regional context, into national policy objectives.

Laboratory for the City was developed by the Mexico City government in 2013 as a way to foster civic innovation and urban creativity. The Lab seeks solutions to problems encountered by local citizenry. The Lab then works with the citizens to further develop their proposed solutions via small-scale interventions, development of prototypes and provision of soft infrastructure. Thus far they have collaboratively worked with citizens on economic development, infrastructure and social innovation issues. Often, implementation of solutions is carried out by sector experts in collaboration with local residents, rather than political appointees. Citizen-driven solutions and innovation projects are now a common part of life in Mexico City and the Lab has established relationships with other Latin American city governments with a view to adopt their approach.

Almost all LMICs (as well as some developed economies) will at some point encounter some, if not all of these five common challenges. As a policy maker or actor in an LMIC innovation system, what solutions have you considered when addressing these common challenges? How do your challenges differ from those described above? Please see Michael’s post on LinkedIn and leave your comment. 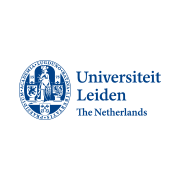 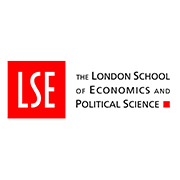 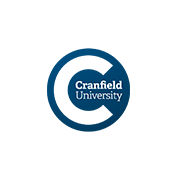 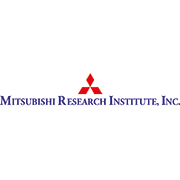 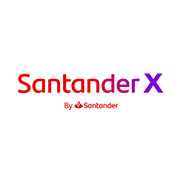 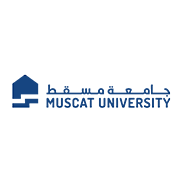 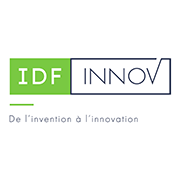 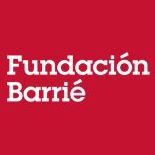 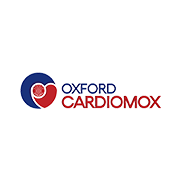 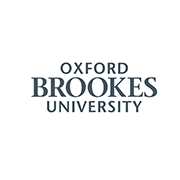 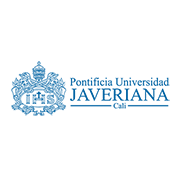 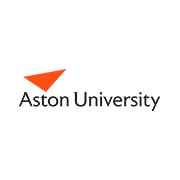 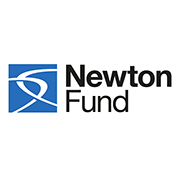 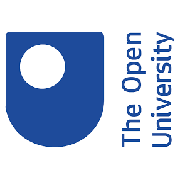 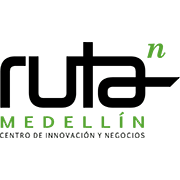 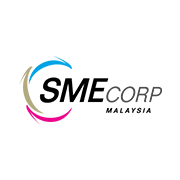 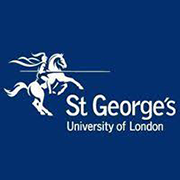 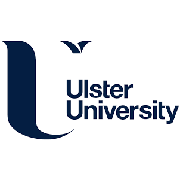 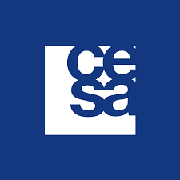 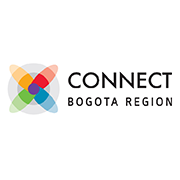 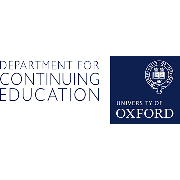 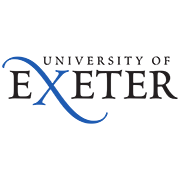